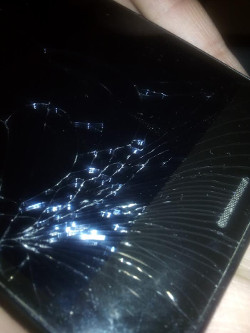 I hate Android phones. I had a few from higher to low end brands. They never received upgrades on a timely matter, had build quality issues and over time got bloated enough that the base system was not able to update the bundled apps anymore. Not to mention leaving enough space for anything else. The one I had with me during g2k16 wiped itself due to overheating and recently ended it’s life by being dropped off a 30cm table by our dog. To double the trouble my wifes phone decided it’s a good time to have a dying battery - so suddenly I was faced with the need of getting 2 new phones.

I didn’t want to go on another contract to get both of us iPhones and can’t justify spending that much money on two new models (or even used ones). It would also be nice to get something that won’t die from a single drop - I even considered dumb phones but we both want to use strava/endomondo on the upcoming dog trekking event and I need 2FA on my phone.

What phone could I get with a shoe string budget, that’s fairly decent and survives accidents that killed my previous phone?

Perhaps one that survives being treated with acid used to clear pipes as demonstrated on the video below (ignore the audio, I set the start time on the action)?

The specs aren’t impressive performance wise. The main selling point for this phone is being certified IP-68 this means that this phone can be submerged down to 3 meters under water while turned on and is completely dust tight. The case is also hardened and shock proofed plus it comes with a protective foil on the screen itself. If you go through more parts of the linked YouTube video you will see it being put through much more harsh tests.

I’m not delusional. I don’t expect it to survive anything, even the things I saw actual reviewers do. I am convinced though that it has a better survival chance against my typical use cases and accidents that can happen during my normal usage.

This phone literally has no ENG reviews online. Except the product page. The company is from Wroclaw Poland (so local country wise to me) and there has been a decent amount of reviews on the Polish interwebs. They obviously still manufacture in China.

Biggest flaws reviewers pointed out were:

I hit all four and have one of my own to add.

The battery. Let’s start off saying I am completely happy and actually quite surprised with how long the battery holds. The battery warning went up after 45 hours of regular usage informing me of an estimated remaining charge for about 4-5h of usage.

My current charge shows 38% battery left with a 74h 22m phone uptime and approx. 19 hrs left. On the initial charge what I noticed were huge drops in battery usage. You can see them on the shots below where the charge readout is flat for hours then drops by 20% or more. This seems to be evening out with usage but the initial charges were jumpy and that matches what the reviewers were reporting.

This is a screenshot from the initial discharge readouts: 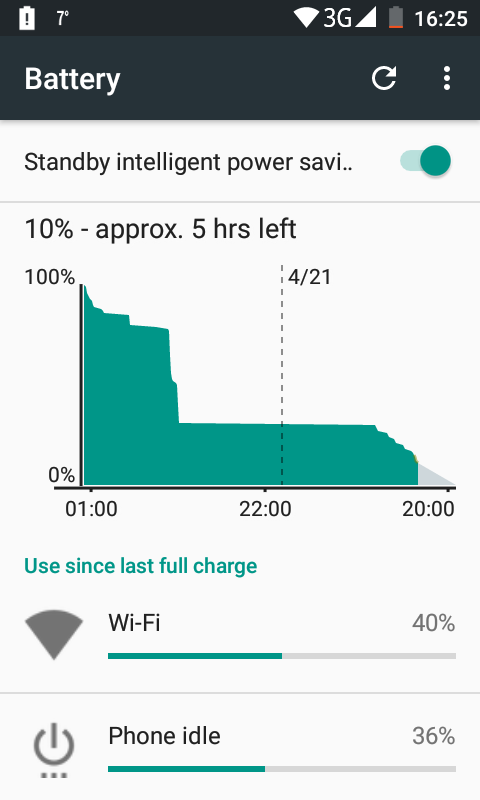 and here is one from my current charge: 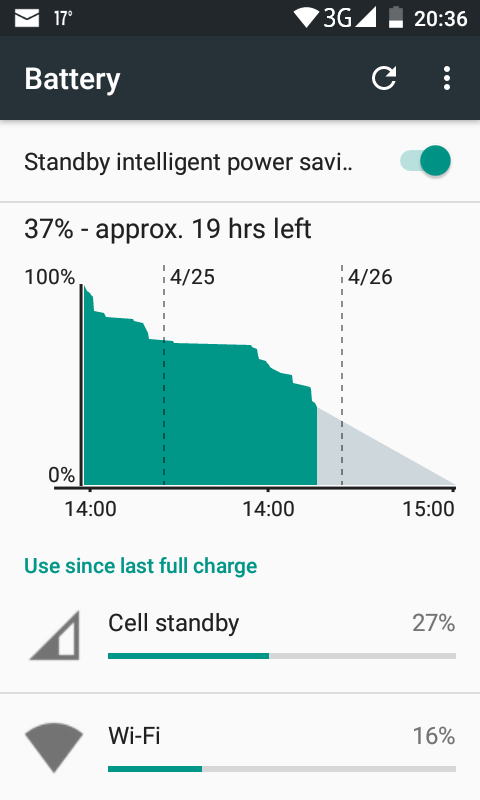 All in all. I don’t think the battery is a problem and the fact that I can actually exchange it is a huge benefit. I had to buy two phones, out of which one was necessary only because the battery was not swappable in the one we had.

The lack of LTE is actually not a problem for me. The most network usage I have on my phone is at home with WiFi and during outside events like running/dog trekking I don’t need LTE, 3G is enough and adds to longer battery life.

Audio is another thing though. Everything the reviewers said on it is spot on. Crackling, glitches, phone going low volume and completely mute on occassions. Happened mostly on the built in speaker phone when it was not on. I am still not sure what and if I will do anything with it. It doens’t happen always and I don’t spend much time talking - could use a regular or bluetooth headset to workarond it. Not really keen to send it for repair and wait 2-3 weeks without a phone - especially since a lot of online reviewers reported that phones after repairs still had the same issue present.

Their app is indeed annoying. It doesn’t pop up randomly as reviewers suggested. The app shows up on first run and when the list of running apps is cleared from the task manager. What is it exactly? Just a simple brochure promoting the community that leads to a form where you put your email to sign up to the newletter. The biggest problem? It is always triggered, even if you decided to sign up. When I called up the company they said they were aware that it’s annoying to some users and are considering an update to remove, alter or disable it.

That covers what was online already. Now the one hit on my own.

The biggest flaw so far is an older security patch level (October 5 2016) which still is pretty good for a very low shelf device (note the price I gave was with no contract).

I called up the company and asked what’s their update policy. They don’t have any officially planned updates for this model but no-one said no. There is a possibility that something will be released but I’m not making bets on it. Bonus on their side is an unmodified stock android with some apps pre-installed (but quite sane choices and most allowing a full uninstall which is very rare).

The situation isn’t perfect but quite typical for most Android phones except top of the line models or purchases directly from Google. I don’t trust my phone at all (you will never find my PGP and SSH private key material on my phone) and it’s already a more recent patch from my previous phone. I personally think that selling hardware with outdated software should be treated the same as selling products past their due date but the reality is not there yet. I did voice my concerns over phone, myPhone does have a line of higher end rugged smartphones that are indeed very promising but I will be not buying anything else from them until I see a clear policy on software security updates.

Now the fun part. We got two identical phones, or so we thought. 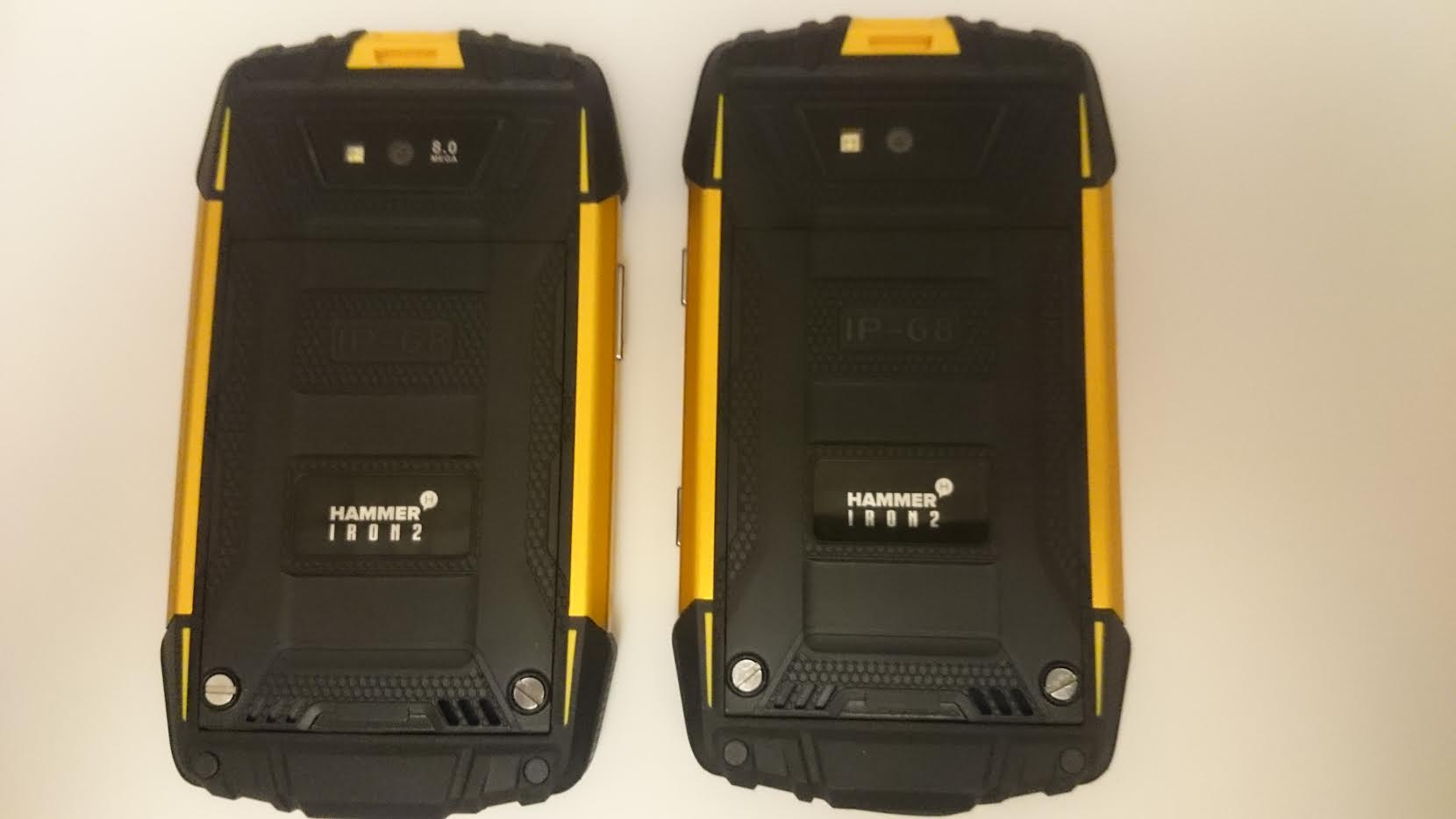 In case it’s hard to see. My model says ‘8.0 Mega’ next to the back camera lens. By the way, the screws visible on the photo are not just decoration - they hold the back lid from splitting apart when the phone falls preventing the battery from jumping out. They give you a nice custom screwdriver for those :)

The company confirmed on the phone that all models are 5 Mpx. They don’t know why mine has a surplus text printed on but found it interesting. I find it funny also but I expected differences in build quality between units of the same model - it is a budget phone after all.

Still, talking about the camera I am more than happy with the picture quality but I don’t have huge demands for a phone camera. 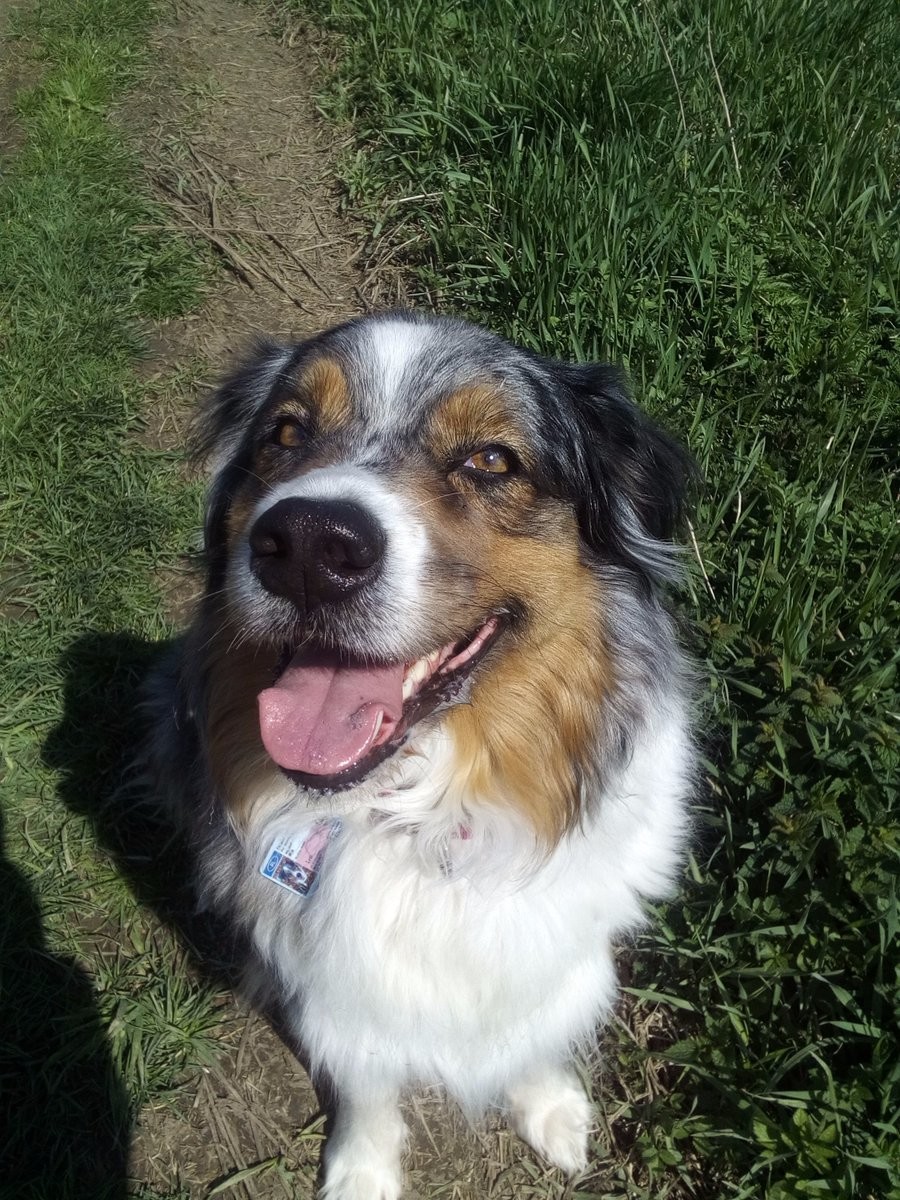 The GPS tested by my wife also behaved decently. The interface is snappy, nothing is lagging/sluggish - all my 2FA apps work. This phone pretty much covers mine and my wifes needs without ruining our budget. I would whole heartedly recommedend it if only myPhone provided up to date security updates for their phone models. One more thing. God damn, why did you pick a name that sounds like a cheap iPhone rip-off - rugged smartphones are an amazing product, have some guts and stand on your own. If anyone from myPhone is reading this, consider at least keeping your rugged phones line under the Hammer trademark and drop your company name from it.

It’s hard to get this phone outside of Poland. They have their own shop but no English interface and their resellers are also local. When talking on the phone I asked on the possiblities of purchasing from abroad. The company was not ready to handle sales to the USA but is able to sell anywhere inside the EU - when I confronted this with them not having a shopping frontend in English they said they can handle orders via email in English. I wanted to learn more but the audio in my phone went mute (and back then I assumed the call center person just muted me :) - but it was my audio getting glitched!)

If you have any doubts. I was not paid in any way for this article, none of the links here are affiliate. Just my personal opinion on our recent purchase.